Taxidermy in the Adirondacks

Back for a second year – the curious world of taxidermy! This exhibition features taxidermy from several private collections and the museum.

Taxidermy animals and accessories have long been used as camp décor in the Adirondacks, imparting an air of rustic authenticity and whimsy. And although a stuffed moose head mounted above a roaring fire often serves as an iconic Adirondack lodge centerpiece, the variety of animals gracing great camp living rooms is far-ranging, incorporating species both local and exotic. In Curious Creatures, we bring together antique and modern taxidermy mounts from several private collections as well as the museum’s own holdings to illuminate how the human relationship with animals and nature is explored in this unique art form.

Beginning in the 19th century, black bear skin rugs, mounted moose heads, antler footstools, and deer hoof gun racks testified to the hunter’s prowess and proclaimed man’s conquest of, and superiority over, wild nature. Mounted creatures were also considered to have educational value, and brought a sense of the outdoors inside.

In the late 1800s, many camp owners added an exotic note to their décor by displaying animals from all over the world: mounted lions, tigers, elephants, and polar bears; zebra and leopard skin rugs; and furniture upholstered with jaguar and cowhide. Such animal objects added to the air of exoticism created by assemblages of Japanese paper lanterns, Navajo rugs, Balinese statues, Turkish textiles, and other rarities. The overall effect was that of a cabinet of curiosities—a private wunderkammer.

Even more exotic were the tableaux created by taxidermist Walter Potter (1835-1918), who composed scenes that posed animals as human characters engaging in activities like dancing, playing cards, or going to school. Two of his pieces – Rabbits’ Village School and Monkey Riding the Goat – are exhibited here for the first time ever in the United States.

Today taxidermy is enjoying a resurgence in popularity with collectors; more women are practicing the art; and artists are using taxidermy as their medium. Curious Creatures explores how taxidermy represents our relationships with animals while also focusing on Adirondack taxidermists and their work, collecting and the law, taxidermy and Adirondack style, and new creations by contemporary artists like Barney Bellinger. 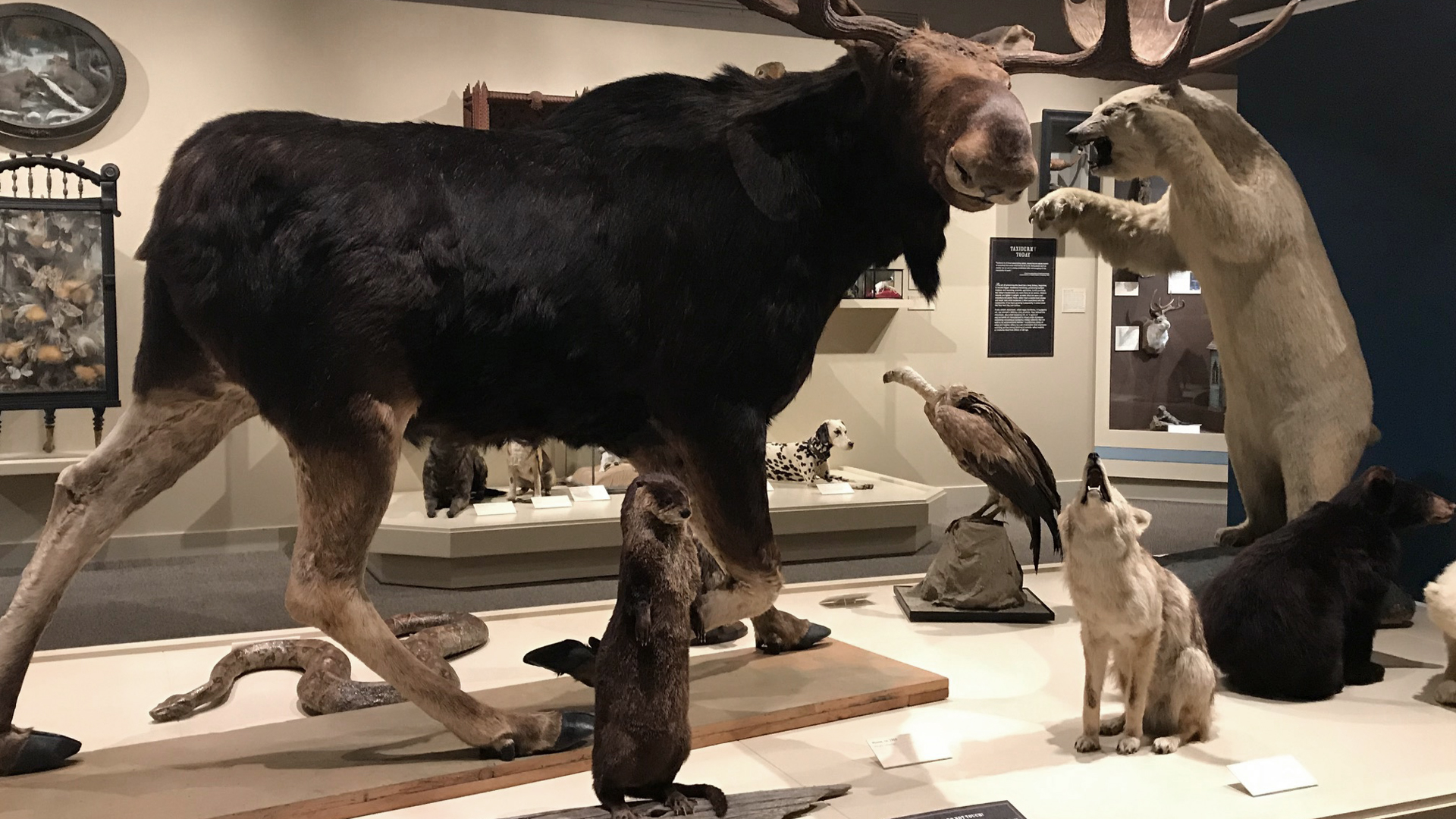 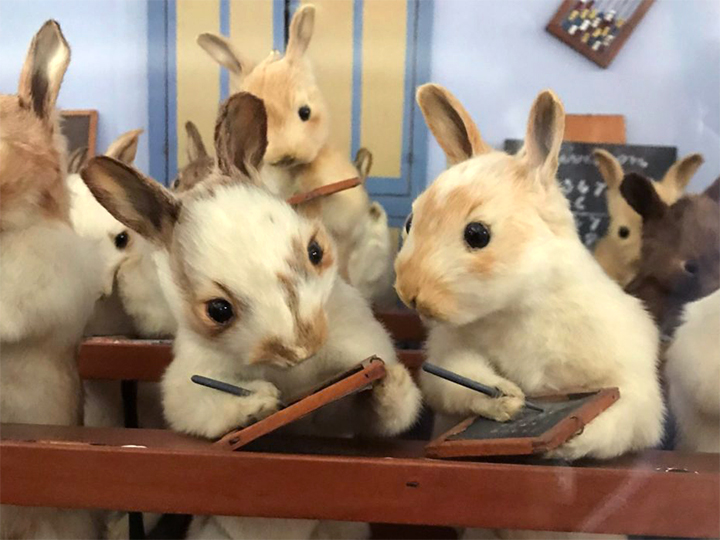 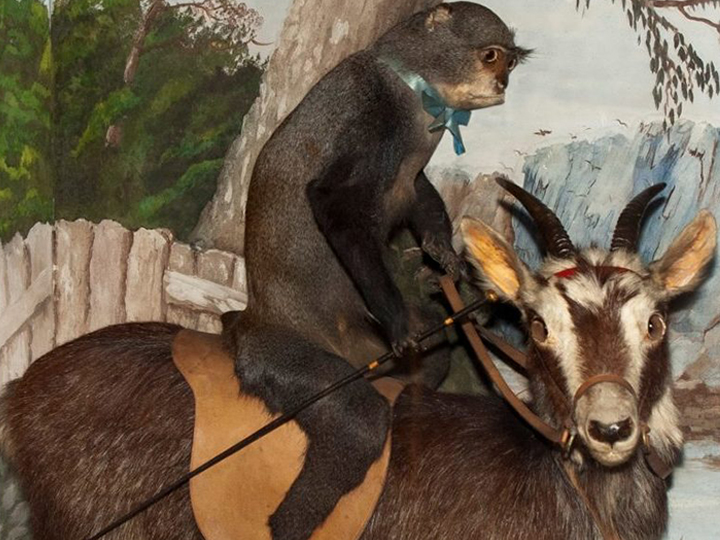 Come Back to Discover
More About the
Adirondack Region 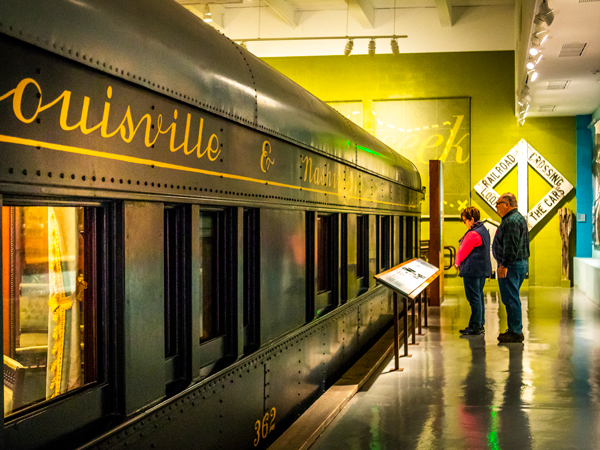 Come Back to Discover More About the Adirondack Region